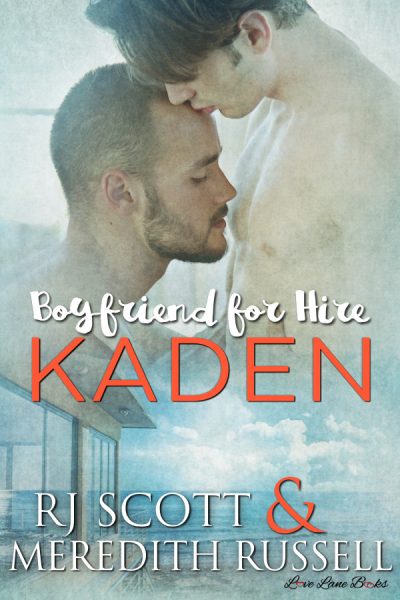 When the lines between pretense and reality blur, can the actor and the boyfriend-for-hire discover something real?

Ryan Levesque is Hollywood’s newest blue eyed boy. Moving from soap operas to the big screen has paid off for the kid from Minnesota, and he’s hot property. But, when a video from the lowest point of his past is shared on social media everything begins to unravel and old hurts resurface. His agent suggests a way out of the mess, and he jumps at the chance to make things right by pretending he’s in a committed, loving relationship with the tall, dark, sexy boyfriend for hire, Kaden. Only, he never counted on the impact Kaden would have on his life, or his career.

When Kaden Moore’s next assignment lands in his lap, he’s expecting nothing more than a self-centered celebrity who’s messed up. Kaden’s new role is that of Hollywood A-lister Ryan Levesque’s boyfriend, a PR stunt concocted by his agents to restore the actor’s dented popularity. Kaden is aware of the video that surfaced from Ryan’s past, and though it raises questions about what kind of man Ryan is, it’s not any of Kaden’s business. Kaden has been pretending his entire life, and knows he can show the troublesome actor a thing or two about the world beyond the Hollywood bubble. But maybe Kaden isn’t as clued up as he thinks, especially when it comes to the heart and love.