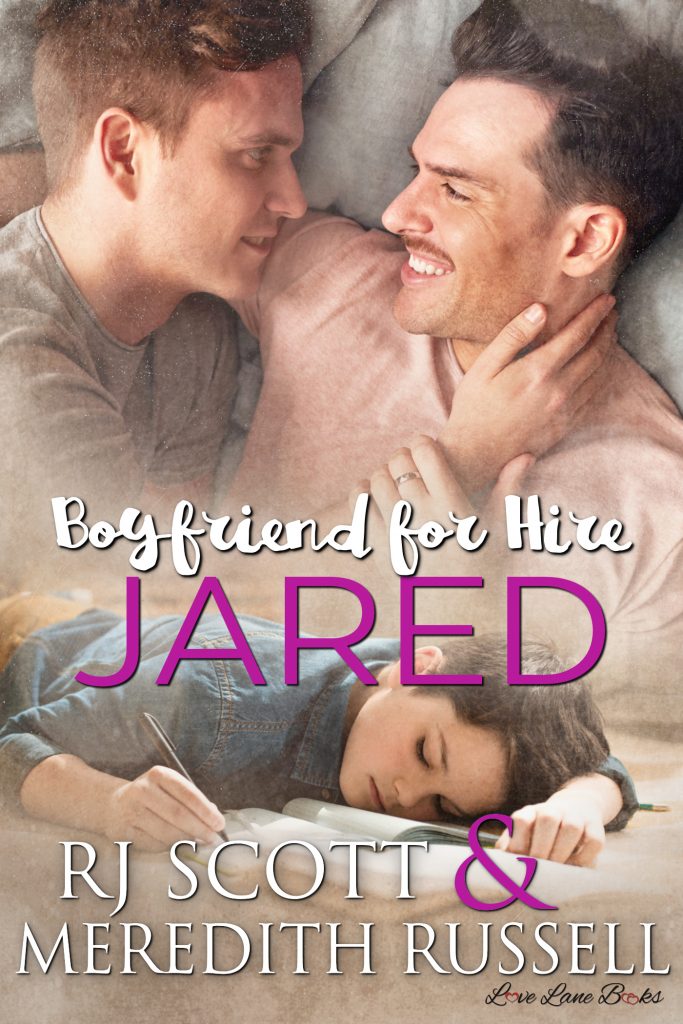 Jared’s world is turned upside down after Luka hands over his pocket money to hire him as a friend for his lonely, widowed dad.

Jared is good at his job, but his soft heart means that he often finds himself in the weirdest of situations. A kind-of-threesome, a disappearing swan, and a destroyed hotel room are just the tip of the iceberg, but he is a popular boyfriend-for-hire and always in demand. He dreams of working as a family psychologist one day, and as his work with Bryant & Waites is funding his studies, the last thing he wants is to lose his job. At a make-or-break meeting, Jared vows to focus on being strictly professional. Still, almost immediately, he meets Luka sitting on the office steps with pocket money in hand and with a sadness that melts Jared’s resolve. Luka explains that his mom passed away some years ago, and his hardworking father needs a friend. Jared has no intention of taking Luka’s pocket money, but he wants to make Luka smile again, and if being hired as a friend for Luka’s widowed dad is what it takes, then he’s all in.

Being a single dad to eleven-year-old Luka is the best thing in Nate’s world, but add running a bar with long hours, and his work-life balance is screwed. There’s certainly no time for relationships, and even though Luka worries about his dad’s love life daily, romance is the last thing on Nate’s agenda. Owning Rhea’s Bar and keeping his head above water is second only to his love for Luka. His entire world consists of his son and the bar until Jared stumbles into his life. Even though Nate won’t admit it, he’s lonely, and Jared is the first friend he’s made in a very long time. Could their friendship become something more?

What they’re saying about Jared…